On Tuesday April 12, 2016, just shortly after 11:00am, a Hamilton police officer was in the area of Main Street East and the Claremount Access conducting traffic related enforcement. 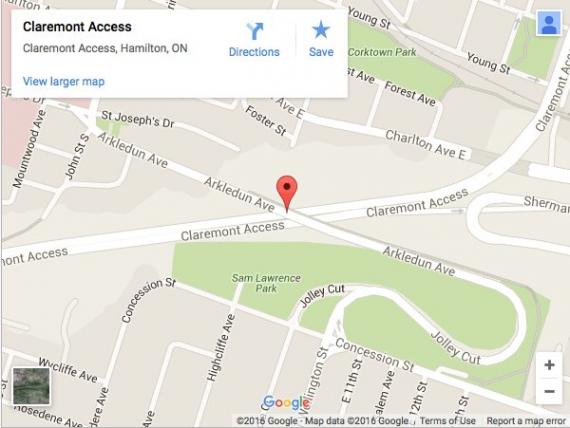 While situated in the area, the officer observed a 2016 Toyota Corolla travelling southbound along the Claremont Access, which he suspected was speeding well above the posted 70km/hr speed limit.

The officer then used a speed measuring device and obtained a reading of 132km/hr. The officer proceeded to stop the vehicle.

The driver, a 25 year old man from Hamilton, was charged with stunt driving and will appear in court at a later date to answer to this charge. His licence was seized and his vehicle towed from the scene and impounded for 7 days.

Click on the link for more information pertaining to ⇒stunt driving.