Male Arrested in Possession of a Handgun and Ammunition 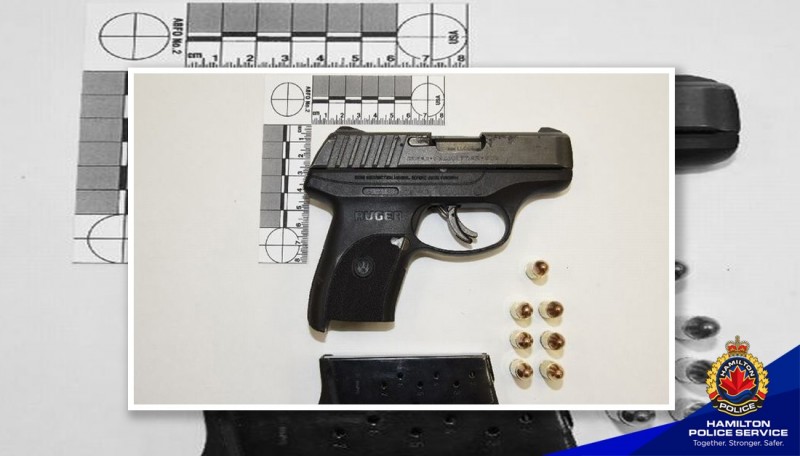 A 26-year-old Hamilton man will appear in court today to answer to several firearm-related charges after he was arrested in a downtown parking lot in possession of handgun and ammunition.

On Tuesday, January 28, 2020, shortly before midnight, a couple was standing outside a restaurant in the area of King Street West and Queen Street North when they were approached by a male. He initiated a conversation with the couple and threatened to harm them while holding a firearm. The couple re-entered the restaurant and the male was last seen walking southbound on Queen Street. During the interaction, the firearm was not pointed at the couple and they were not physically injured.

Hamilton Police were immediately contacted and officers responded to the area. A male matching the description of the suspect was located by police walking through a parking lot in the area of Hess Street South and Main Street West. He was arrested without incident and searched. The male and was found to be in possession of a black and silver handgun, ammunition, a small amount of cocaine and an undisclosed amount of cash. He was taken into custody where police learned he was bound by a court order and his arrest signified a violation to that order.

A 26-year-old Hamilton male is scheduled to appear at the John Sopinka Courthouse later today for a bail hearing where he will answer to numerous firearm-related offences and other criminal charges.

If you have any information that you believe could assist Police with the investigation into this crime you are asked to contact Detective Sergeant Dave Oleniuk by calling 905-546-3833.

Male Arrested in Possession of a Handgun and Ammunition