Hamilton Police are looking for the public’s assistance in identifying a serial robbery suspect responsible for four commercial robberies within the downtown core.

On Thursday, November 11, 2021 shortly before 4:30 a.m., the suspect attended the Hasty Market located at 225 John Street South and demanded cash while brandishing a weapon.

The suspect fled on foot westbound on Young Street.

Later that day shortly after 10:00 p.m., the suspect attended the Big Bee Convenience Store located at 155 Hunter Street West, stated that he had a gun and demanded cash.

The suspect fled on foot southbound on Caroline Street.
No gun was seen.

The next evening on Friday, November 12, 2021 at 6:20 p.m., the suspect re-attended the Big Bee Convenience Store, demanded cash, was unsuccessful and then fled on foot southbound on Caroline Street once again.

Within minutes of leaving Big Bee convenience the suspect attended Durant Milk located at 12 Robinson Street, demanded cash, a brief struggle ensued and the suspect was able to obtain an unknown amount of cash.

The suspect fled on foot westbound on Robinson Street. 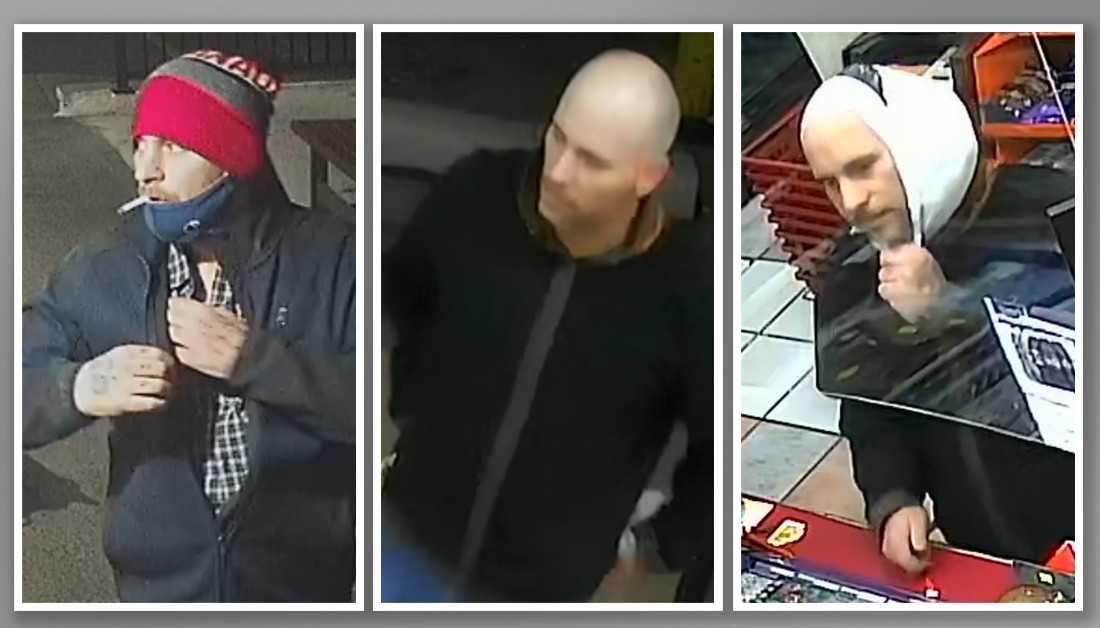 The investigation has been taken over by the Break and Enter, Auto Theft and Robbery (BEAR) Branch and detectives are appealing to area residents and businesses to review their security cameras for these dates and times and to contact police.

If you can identify the suspect or have information regarding these robberies please contact Detective Constable Patrick Cole at 905-546-8936 or Detective Sergeant Andrea Torrie at 905-546-2991.