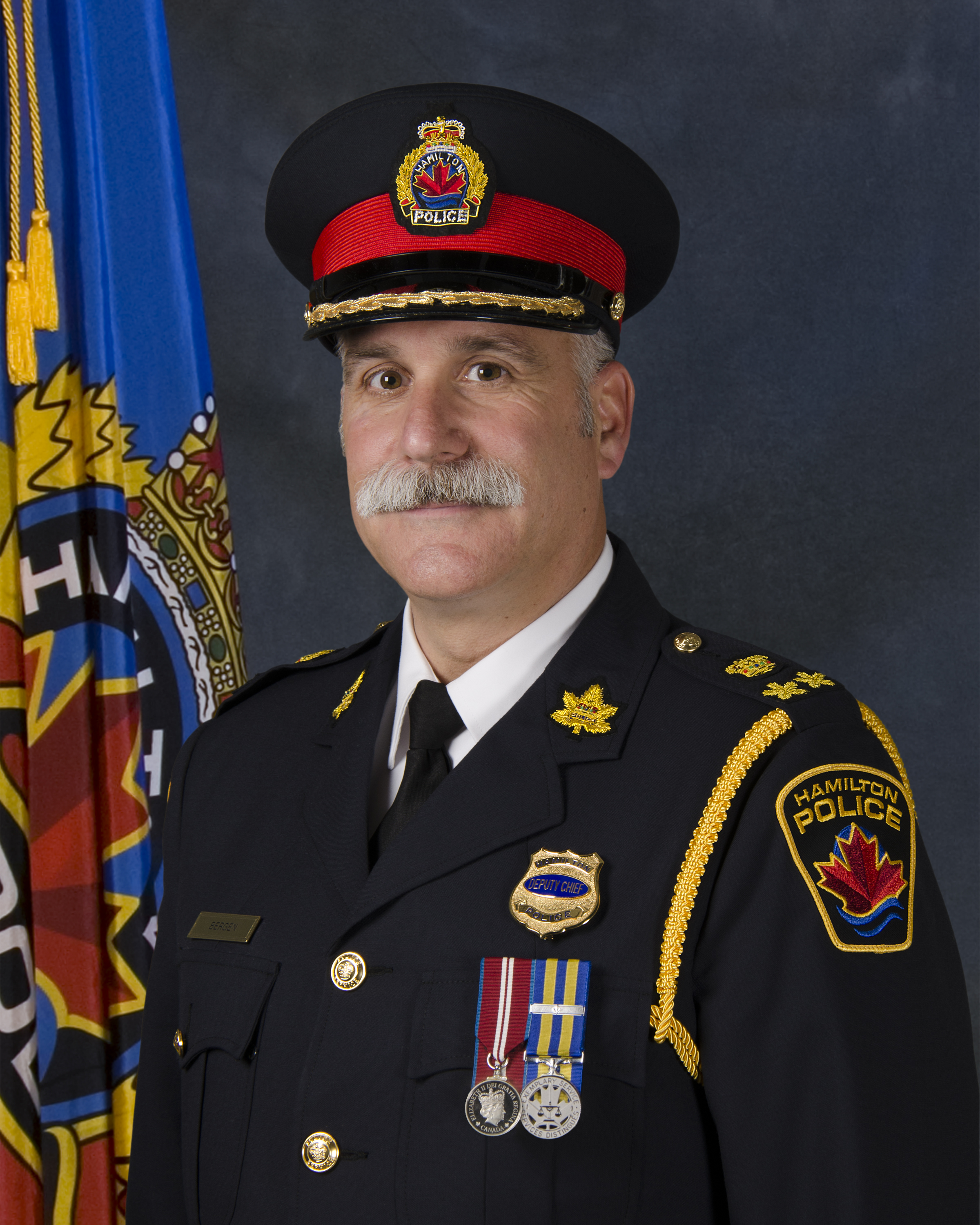 Deputy Chief Frank Bergen is a long-time Hamilton resident and has proudly served communities as a police officer for over 36 years. Prior to being sworn in as Deputy Chief with the Hamilton Police Service in April 2018, Deputy Bergen spent 35 years with the Toronto Police Service where he was recognized as a progressive leader in policing, with a reputation for treating people in a fair and equitable manner. Deputy Bergen has brought those qualities, together with his commitment to improving community safety, crime prevention and customer service, to Hamilton where he oversees Support. Deputy Bergen played a key role in the Toronto Police modernization strategy, which included sweeping changes within the service. He attended Toronto’s Rotman School of Management Police Leadership program and is a Police Service Act Prosecutor and Hearing Officer. Deputy Bergen was awarded the Thirty Years Exemplary Police Service medal from the Governor General of Canada and the Queen Elizabeth II Diamond Jubilee Medal. Best described as an operational man, Deputy Bergen believes in working closely with community partners to achieve his goal of improving the quality of life and safety of Hamilton residents.