Suicide is a difficult topic for many people to bring up. However, when someone talks about suicide or brings up concern for a loved one, it’s important to take action and seek help quickly. (Canadian Mental Health Association).

About 4000 Canadians die each year by suicide. Suicide is the second-most common cause of death among young people, but men in their 40s and 50s have the highest rate of suicide. While women are three to four times more likely to attempt suicide than men, men are three times more likely to die by suicide than women. (Canadian Mental Health Association)

The Hamilton Police Service works alongside the Suicide Prevention Community Council of Hamilton to make Hamilton a suicide-safer community.

The Suicide Prevention Community Council of Hamilton is a charitable, non-profit organization of professionals and individuals from the community who are interested in suicide prevention and its related issues. They work together to promote awareness and to create change through leadership, advocacy, and education.

Their mission is to offer help and hope to the community by providing leadership around the issue of suicide prevention by focusing on Education, training and community awareness; Stigma reduction; Advocacy.

To learn more about the Suicide Prevention Community Council of Hamilton and to find out more about member ship, please visit their website at: http://spcch.org/

Where do I get help? 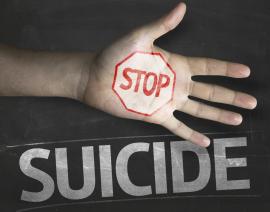