Terrorism is commonly defined as violent acts (or threat of violent acts) intended to create fear (terror), perpetrated for a religious, political, or ideological goal, and which deliberately target or disregard the safety of non-combatants.

Radicalization is the course of changing someone’s socially accepted behaviour into terrorism.  It is a psychological process often influenced by peer groups and terrorist causes.

Radicalization has been a growing concern, particularly amongst youth today.

To learn more about radicalization, please click on the link below:

All law enforcement intelligence and emergency personnel have been working diligently to fight against terrorism by apprehending terrorists and preventing an attack from occurring on Canadian soil.

The Hamilton Police Service is committed to the safety of the communities in which we serve and will continue to work towards the fight against terrorism.

PATS is an OPP led operation involving all major police services in Ontario including the Hamilton Police Service.

The Section is mandated to conduct multi-jurisdictional strategic intelligence operations to proactively address terrorism and extremism in Ontario. Efforts are made to identify and monitor suspected terrorists, terrorist groups, and individuals suspected of providing logistical and financial support for terrorist operations in efforts of anticipating and preventing criminal acts.

Report information regarding terrorism, criminal extremism or suspicious activities which could pose a threat to national safety and security to: 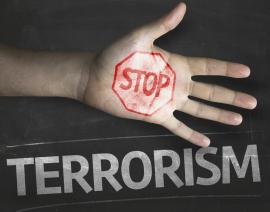