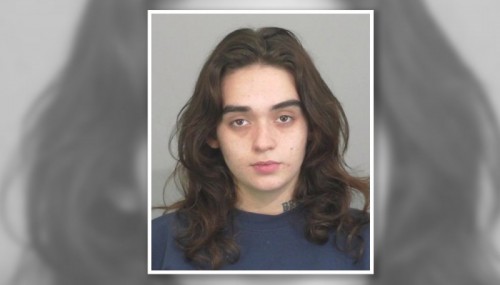 Hamilton Police are asking for the public’s assistance in locating a 19-year-old female suspected of injuring two officers during a RIDE lane on New Year’s Eve.

On December 31, 2021, at approximately 10:55 p.m., officers were conducting a RIDE program in the southbound lanes of the Claremont Access. As the officers were speaking with two drivers, a 2020 Hyundai Santa Fe drove through the RIDE lanes, striking two officers. The officers were knocked unconscious and sustained serious injuries. The officers remain in hospital recovering from their injuries.

Investigation has confirmed that the 2020 Santa Fe was involved in an earlier incident in the area of Fennell Avenue East and Hoover Crescent where Hamilton Police approached a driver who was unconscious at the wheel. When officers went to make the arrest, the driver placed the vehicle in drive and struck a cruiser before fleeing. The vehicle was last seen driving southbound on Upper James.

Investigators have now determined that the same suspect is responsible for both incidents and a warrant has been issued for the arrest of 19-year-old Hannah Pietrantuono of Hamilton. She is described as female white, 5'9, 143lbs with brown hair.

Investigators wish to thank residents in the area of Inverness Avenue and Belair Drive who have already provided video surveillance footage and encourage citizens to contact police should there be additional footage.  Any witnesses to the collision that have not already come forward can contact 905-546-4925.

Police urge Hannah to seek legal counsel and turn herself in at any Hamilton Police station.  If you see her, please call 911.