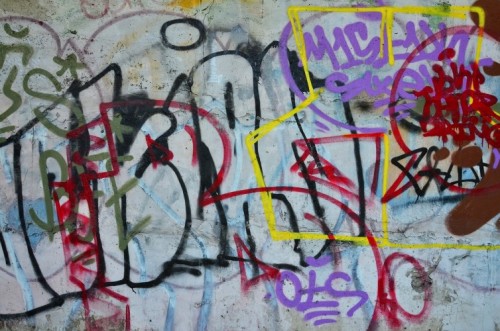 Texture Of A Fragment Of The Wall With Graffiti Painting, Which Is Depicted On It. An Image Of A Pie

Police have arrested a male for graffiti after he is observed spray painting tags on buildings and bus shelters in the area of Barton Street East and Milton Avenue in Hamilton.

On September 18, 2019, shortly before 9:00 p.m., police were called to the area of Barton Street East to check on a male spray painting exterior walls and bus shelters. When Police arrived they noticed a male fitting the description walking westbound on Barton Street with a spray can hanging out from his jacket pocket. He was placed under arrest for Mischief and during the search police located Crystal Methamphetamine and Fentanyl in his possession.

He was transported back to Central custody with his bail opposed and expected to appear in court on September 19, 2019, to answer to his charges.

Please call Central Staff Sergeant Patrol at (905)546-4725 if you have further information to assist with this investigation.