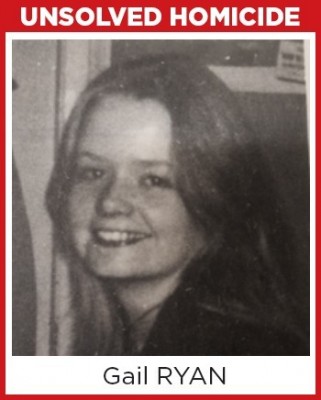 Gail was last seen at about 11 p.m. on September 25, 1973, when she returned home from a local bar with an unknown male. Noises were heard in her apartment around 1 a.m. but no one called police to investigate. Her body was found two days later when she had failed to show up for work. She had moved from New Brunswick the year before and worked at GW Robinsons downtown.

According to the original reward poster, Gail was found to be ‘bludgeoned with a bottle and stabbed with a knife.’ It is believed this was a sexually motivated attack. The original $2,000 reward remains in effect.

Anyone with information about this homicide is being asked to contact S/Sgt Dave Oleniuk in Major Crime at 905-546-3829.