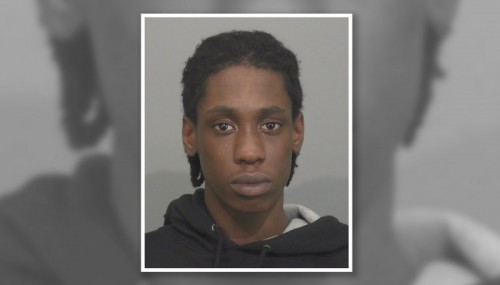 On Monday June 27, 2022, at approximately 10:30 p.m., Hamilton Police located a female victim who had been involved in a disturbance in the area of Main Street East and Fairleigh Avenue South in the City of Hamilton.

The female had sustained a non-life threatening gunshot wound. Detectives have positively identified the shooter as 18-year-old Marques Griffiths of Hamilton.  A warrant has been obtained for his arrest for numerous firearm related offences.

Marques Griffiths is described as a thin black male with short dreadlocks approximately 5 ‘7 and weighing 130 pounds.  He should be considered armed and dangerous.  At this time, his whereabouts are unknown.  If seen, Hamilton Police are asking the public not to approach GRIFFITHS and call 9-1-1.

If you have any information that you believe could assist the police with the investigation, you are asked to contact Acting Detective Sergeant Ross Johnson at 905-546-3833.