A late afternoon vehicle stop in the area of Barton Street East and Rosslyn Avenue North has led to the seizure of illicit drugs, Canadian currency, evidence to support the trafficking of illicit drugs and the arrest of a 29-year-old Hamilton man.

On Tuesday, June 14, 2022, Hamilton Police received a call from a citizen about a male asleep at the wheel of a 2016 Silver Dodge Journey. Police attended the area and were able to locate the vehicle, conduct a traffic stop and a 29-year-old male was arrested.

Through further investigation, police observed a quantity of illicit drugs including what appeared to be fentanyl, cocaine and methamphetamine. 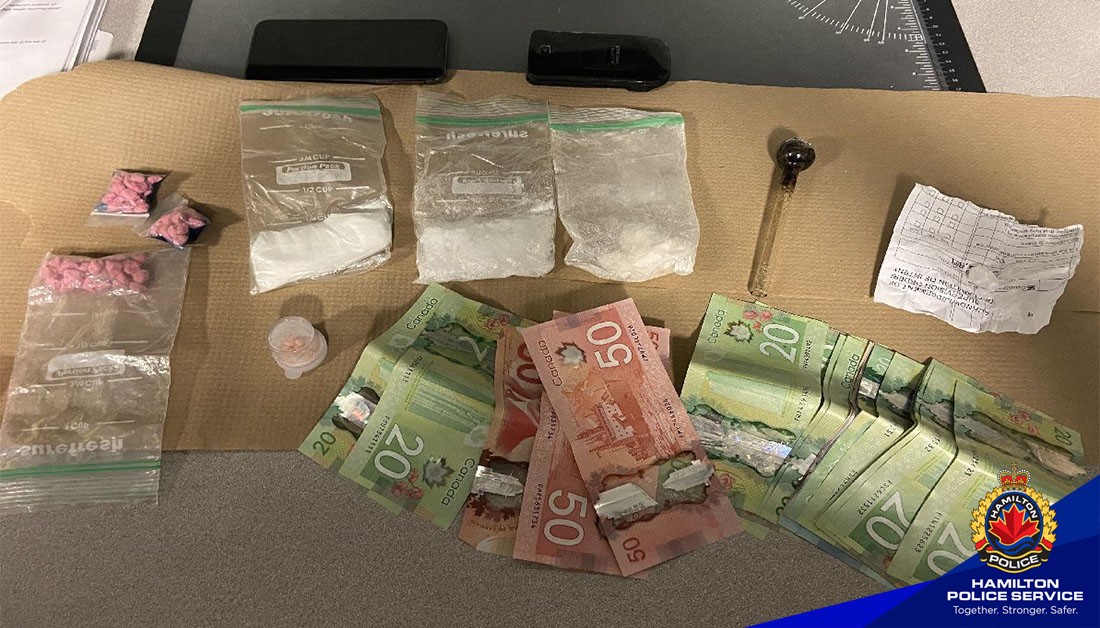