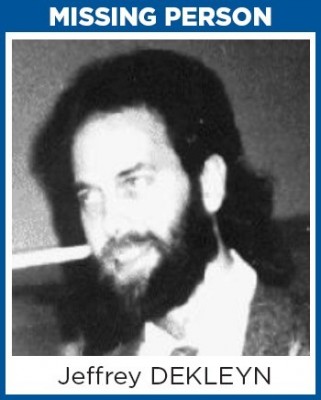 Mr. Dekleyn was last seen on bank surveillance camera’s, making a withdrawal from the ATM machine of the Royal Bank at Main & Whitney on December 3rd, 1992 at 1:35 p.m. Mr. Dekleyn is described by his family as being depressed.