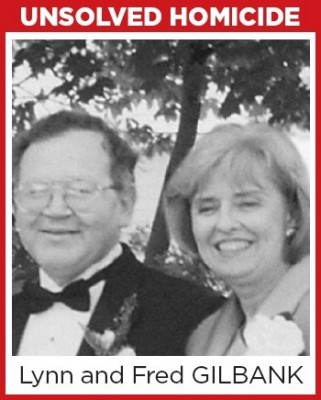 On November 16, 1998, Lynn and Fred Gilbank were found shot to death in their Ancaster home. Andre Gravelle and Ion (Jonny K-9) Croitoru were arrested for the couple’s murder but the charges were later withdrawn by the Crown Attorney, citing ‘no reasonable prospect of conviction.’ Croitoru later served a prison sentence for conspiracy to commit murder in another incident and has since died.

This case remains open. HPS continues to investigate this matter and a reward of $21,000 is available to the person who comes forward with information that leads to an arrest.

Anyone with information about this homicide is asked to contact Det. Jason Cattle of the Homicide Unit at 905-546-4167.