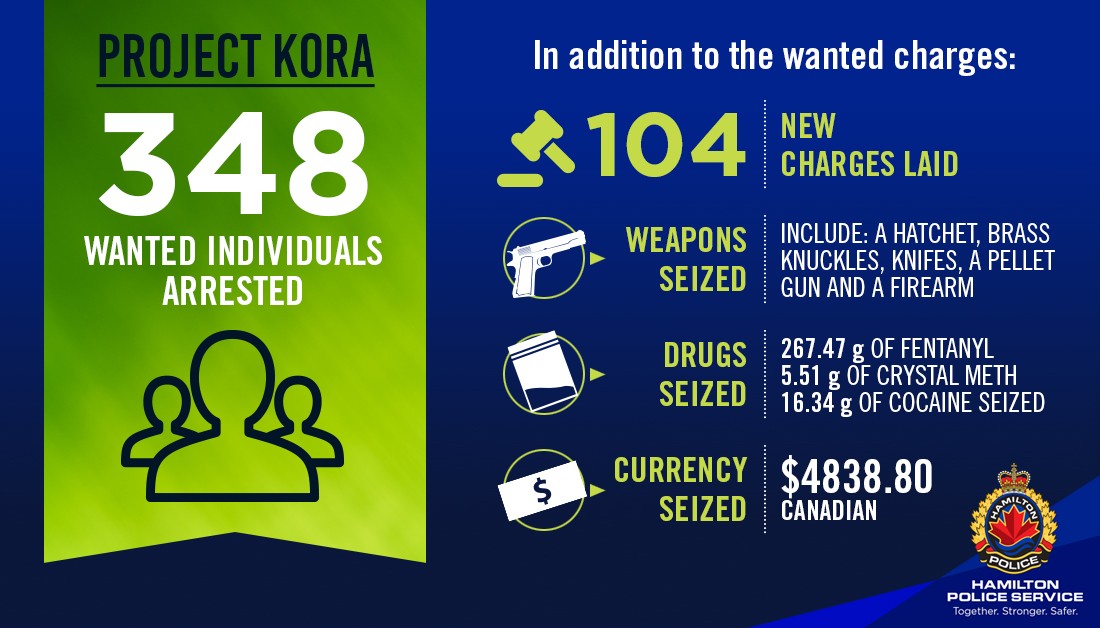 In April 2022, the Hamilton Police formed Project KORA which encompassed multiple units from across the service and was designed to hold individuals committing offences accountable.

Over the six-month period there were 348 wanted individuals arrested and 104 new charges laid. In total, police seized 267 grams of Fentanyl, 5.5 grams of methamphetamine, 16 grams of cocaine and illegal oxycodone pills. Investigators also seized numerous prohibited weapons such as a hatchet, brass knuckles, knifes, a pellet gun, a firearm and over $4,800 in Canadian Currency which was proceeds of crime.

“We know outstanding wanted individuals have a significant impact on Hamilton’s crime and are associated with violence in our community” says Hamilton Police Service Superintendent Mark Stiller.

Hamilton Police continue to conduct investigations with a collective goal of enhancing public safety within Hamilton.

If you have any information about gun violence or any crime within our city please call Hamilton Police at 905-546-4925.

To provide information anonymously call Crime Stoppers at 1-800-222-8477 or submit your anonymous tips online at http://www.crimestoppershamilton.com.