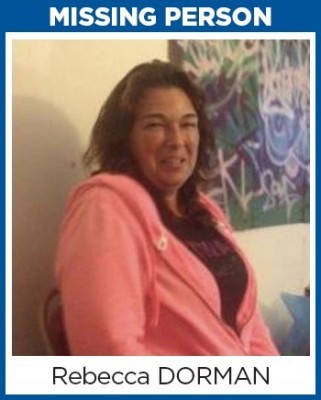 Rebecca Dorman, 52-years-old, was last seen leaving a residence in the area of Mohawk Rd East and Upper Wellington Street in Hamilton on April 20, 2019, at approximately 9:00 p.m. Dorman left without saying a word and also departed without her shoes, purse, phone, keys or purse. Dorman is female and described as Aboriginal, 160lbs, with brown shoulder-length hair. She suffers from alcohol induced psychotic disorder, as well as borderline personality disorder for which she was just recently released from hospital. Dorman has threatened and talked about suicide in the past.