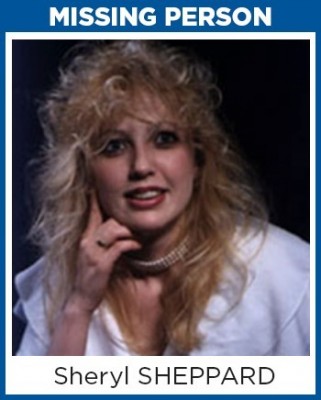 Sheryl Sheppard last spoke to her mother on January 1, 1998. Sheryl and her boyfriend Michael Lavoie had attracted attention locally when he had proposed to her on TV the night before during a New Year’s Eve party at the Hamilton Convention Centre.

Her mother reported her missing after she missed several appointments over the next few days and no one had heard from her. The circumstances were very suspicious and the fear of foul play drove the early part of the investigation. It is believed that Sheryl Sheppard was murdered and her body has never been found.

HPS continues to investigate this matter and a reward of $50,000 is available to the person who comes forward with information that leads to an arrest (or arrests).

Anyone with information about this homicide is asked to contact S/Sgt Peter Thom of the Homicide Unit at 905-546-2458.