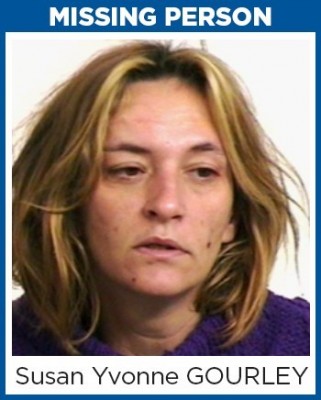 Susan Yvonne Gourley was last seen in early November 2001 in the area of Barton St. and Stirton Ave, Hamilton. Ms. Gourley’s mother reported her missing on February 28, 2002, after not hearing from her for a longer than normal period of time. Ms. Gourley was a known sex trade worker and drug user. She had been known to leave for extensive periods of time.