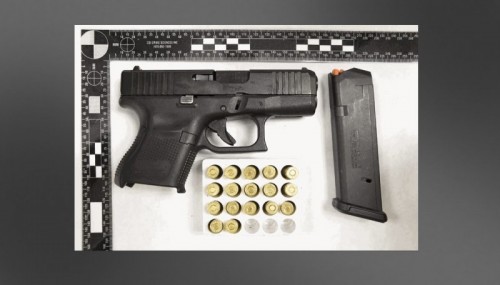 Hamilton Police take another firearm off the streets and continue our fight against gun violence.

During the traffic stop, it was learned that the driver was failing to comply with release conditions, stemming from another incident.

The driver was placed under arrested and occupants asked to exit the vehicle.

Police have the charged the following individuals for;

This is not the end. Hamilton Police will continue to engage with our community, police partners and share information in order to provide community safety. The citizens of Hamilton need to continue to feel safe in their communities and as a community we need to stop gun violence.

Public safety is a shared responsibility, in which both citizens and police have important roles.