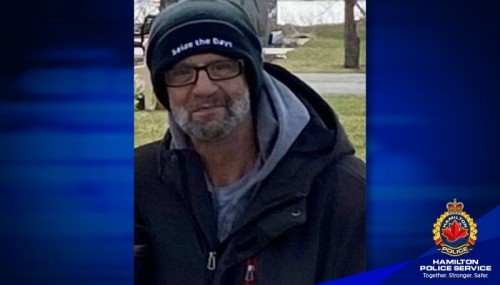 Hamilton Police have arrested and charged a 47-year-old man from Hamilton in connection with Sunday evening’s homicide in the City’s East End.

The victim of this crime has been positively identified as long time tenant of the premise, Patrick Chaddock, 59-years-of-age.

Investigator’s have worked tirelessly since the murder and have now arrested Colin Marcotte, 47­ years-of-age from Hamilton for 2nd Degree Murder.

Marcotte will appear in court today.

On Sunday, June 13, 2021 at 6:46 p.m., Hamilton Police responded to an unconscious male on the second floor hallway of 737 Barton Street East, Hamilton. The male had signs of blunt force trauma and was transported to the Hamilton General Hospital where he was pronounced deceased.

Marcotte was associated to the premise through other tenants, however, was not currently residing there.

Chaddock and Marcotte did not have any form of relationship to one another.

Now that charges are before the courts, investigators will not discuss evidence as it pertains to the case.

The investigation continues and investigators encourage anyone with information that has not spoken to Police to contact Detective Lisa Chambers of the Major Crime Unit by calling 905-546-3843.

To provide information anonymously call Crime Stoppers at 1-800-222-8477 or submit your anonymous tips online at www.crimestoppershamilton.com.