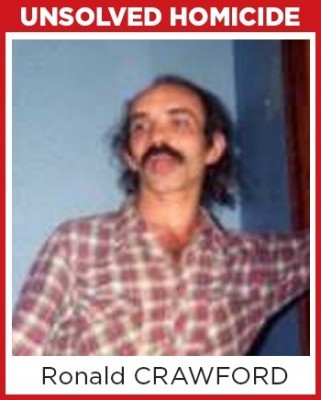 Just before closing time on a Sunday night at 11:00 p.m., on August 2, 2002, a lone male entered the Mr. Sub shop on Concession Street to rob the attendant. The suspect brandished a knife and demanded cash. Unbeknownst to the robber, Ron Crawford was in an alcove of the shop as he had stopped by to visit the attendant (who was also the owner). As the robber approached the owner, Crawford bravely intervened and was stabbed once in the chest by the surprised robber. The suspect then fled to a waiting vehicle empty handed. Police and EMS responded, but Crawford could not be saved. Ronald Crawford was later awarded the Carnegie Medal for Bravery in recognition of his selfless act in coming to the defense of his friend. This investigation remains open.

Anyone with information about this homicide is being asked to contact S/Sgt Dave Oleniuk of the Major Crime Unit at 905-546-3829.