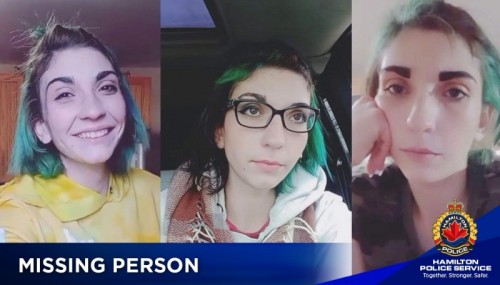 On Monday, January 10, 2022, Emily was reported missing after her friends and family were unable to locate her. This was out of character for her. Emily was last reported to be attending a New Year’s Eve party on Weir St N. before leaving an acquaintance’s house the next day. She has not been seen or heard from since that time.

Hamilton Police have been working extensively on Emily’s disappearance since she was reported missing. At this time, the circumstances surrounding her disappearance have indicated the possibility of foul play. As a result, the investigation has now been turned over to the Homicide Unit.

Investigators believe Emily was last active in Hamilton at the end of December 2021. She is a mother and her young daughters miss her greatly. Hamilton Police believe there are individuals who have information related to Emily’s disappearance and are encouraging those people to come forward.

Emily is described as:

Hamilton Police are asking anyone with information about Emily or the circumstances surrounding her disappearance to contact Detective Nesreen Shawihat at 905-546-4863.