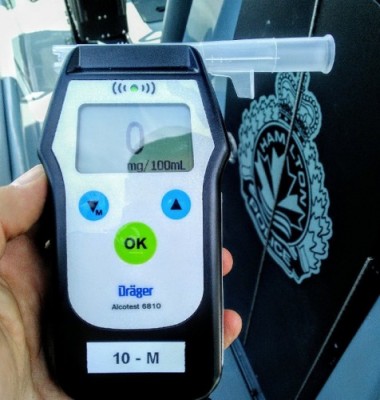 Drinking and boating account for approximately 40% of boating-related fatalities on Canadian waterways. With the impending legalization of marijuana later this year, the Canadian Safe Boating Council (CSBC) and Hamilton Police Service also want to bring attention to the issue of the drug-impaired operation of a vessel. To raise awareness and reduce impairment-related deaths, the CSBC and the Hamilton Police Service are launching year 6 of an initiative called “Operation Dry Water”.

With the summer boating season in high gear, the August long weekend is the perfect time to remind Canadian boaters about the risks of impaired boating. Combined with sun, wind, waves and the rocking motion of the boat, the effects of alcohol and drugs on the water can be greatly increased.

“The CSBC, its partners and sponsors would like, through this and our other initiatives, to raise attention to the problem of boating under the influence and to remind boaters to boat sober,” stated John Gullick, Chair of the Canadian Safe Boating Council. Operation Dry Water will focus on the potential risks of impaired boating, and remedies that are currently in place to discourage it.

Boaters found to be impaired can be charged with Impaired Operation of a Vessel under the Criminal Code of Canada. Human-powered craft, such as canoes and kayaks, are included in the definition of a vessel and are thereby subject to the same penalties. Impaired boating carries the same consequences as impaired driving, including suspension of your driver’s license. Whether impaired by alcohol or drugs, police on our waterways have the tools and training to detect and prosecute these offences.

In advance of the August Civic Holiday long weekend, the Hamilton Police Service Marine Unit will be offering the media the chance to ride-along and observe on-water vessel safety checks.

This initiative is made possible through the support of Transport Canada’s Office of Boating Safety.

Any inquiries can be directed to: