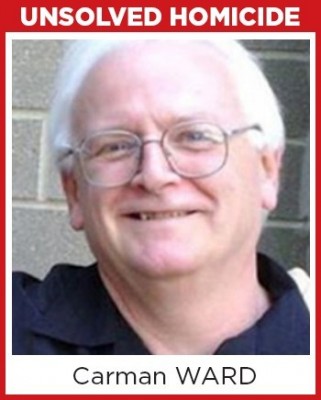 At approximately 10:45 p.m., on December 21, 2015, the Hamilton Police Service received 911 calls from two separate males in a residence on Miller Drive in Ancaster. They advised that they were the victims of an apparent home invasion in which their father, Carman Ward, had been shot. Police and EMS responded and Ward was transported to the Juravinski hospital but he could not be revived. The family of Ward has been cooperative and would appreciate any information that could help HPS in concluding this investigation with an arrest.

Anyone with information about this homicide is being asked to contact the Major Crime Unit at 905-546-3829.