Hamilton Police continue to investigate three high-end vehicles that were stolen from the Hamilton Area in the last few months.

In all three incidents, the vehicles were posted online through websites such as Auto Trader, Kijiji and Facebook. The sellers were contacted by a prospective buyer and arrangements were made to meet.

During the transaction, the suspect(s) looked for an opportunity to get into the vehicle alone and drove away.

One of the investigations revealed two suspects through video surveillance.

Investigators from the Hamilton Police BEAR Unit are appealing for the public's assistance in identifying these suspects. 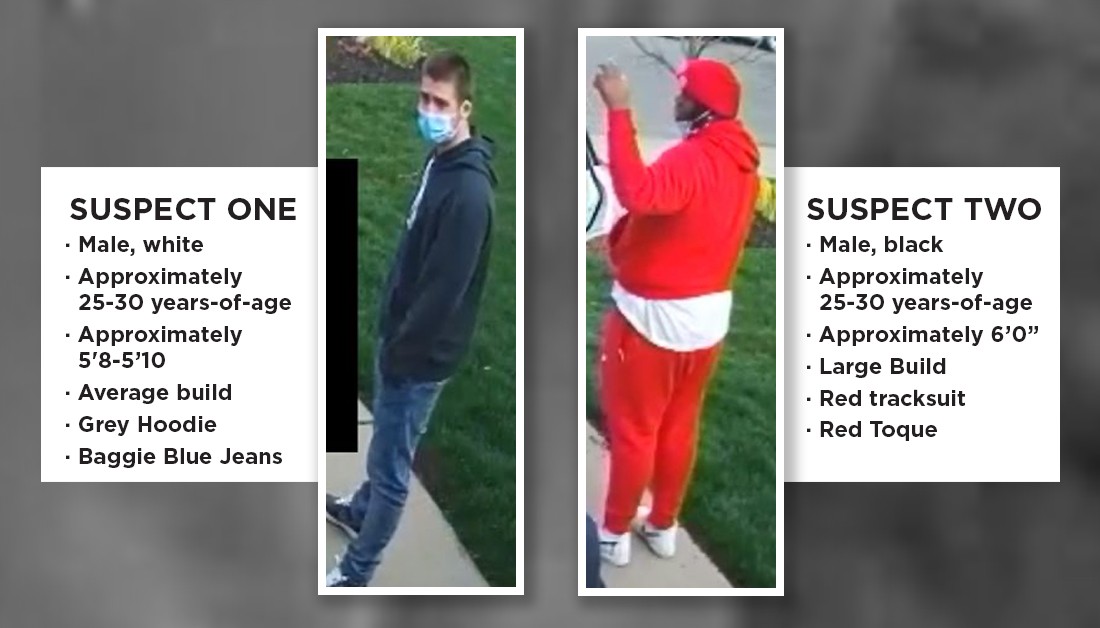 If you have any information that you believe could assist Police with the investigation into this crime you are asked to contact Detective Constable Brandon Smith at 905-546-8925 or Detective Sergeant Andrea Torrie at 905-546-2991.

To provide information anonymously call Crime Stoppers at 1-800-222-8477 or submit your anonymous tips online at http://www.crimestoppershamilton.com.

Hamilton Police is reminding Hamilton citizens to keep the following tips in mind when selling or purchasing a used vehicle online.