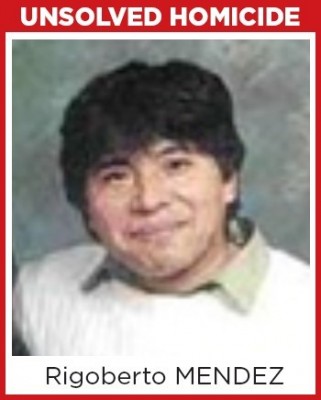 Just before 3:00 a.m. on December 29, 2007, the body of Rigoberto Mendez was found on the street at Barton and Chestnut in Hamilton. Initially, investigators believed Mr. Mendez may have been a victim of a fail to remain collision. After further investigation, police believe Mr. Mendez was attacked. There is no apparent motive for the attack and his family deserves answers. If you have information in the case, please call S/Sgt Dave Oleniuk at 905-546-3829.