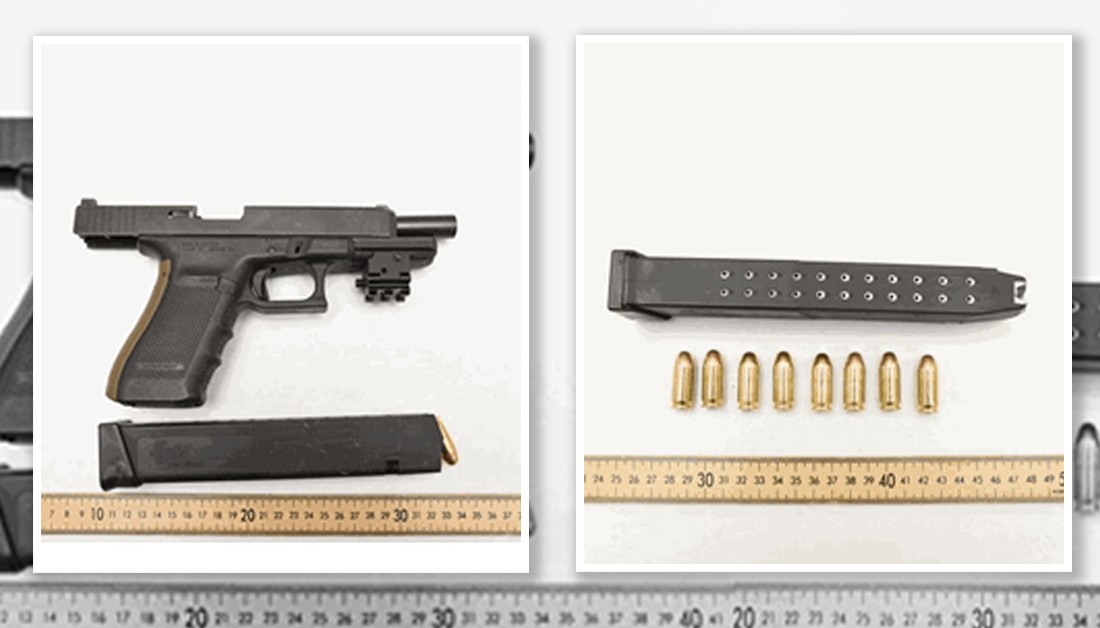 A 33-year-old male has been arrested and is facing multiple firearm charges after a shooting that took place in the early morning hours Monday.

On Monday, June 13, 2022, shortly before 2:00 a.m., Hamilton Police responded to possible shots fired in the area of Roxborough Avenue and Grosvenor Avenue North in Hamilton.

Police attended and upon arrival, officers immediately secured the area and searched for anyone involved; however no suspects were located.

Through continued investigation, police can confirm a shooting incident occurred.

There are no reported injuries to police at this time.

Through continued investigation it was determined that a single suspect was responsible for the shooting.

Investigators worked diligently and within 24-hours have been able to identify, arrest and charge a 33-year-old man with the following charges:

MacDonald has been remanded into custody.

During the arrest of MacDonald police were able to seize a loaded firearm with an extended magazine, ammunition, a quantity of illicit drugs, indicia of trafficking and Canadian currency.

Investigators are not seeking any additional suspects.

Hamilton Police Service appreciates the assistance and cooperation from the public throughout this investigation. We continue to encourage those with information regarding this incident to contact Detective Sergeant Candace Culp by calling 905-546-2907.