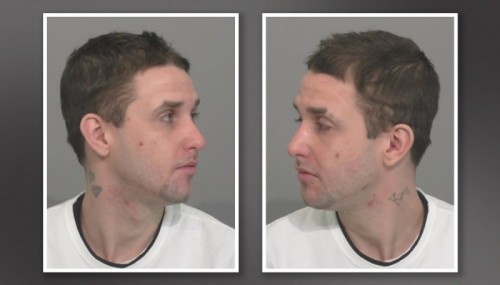 Hamilton Police have identified the individual responsible for a cellphone found recording in the restroom of a Hamilton restaurant.

On Thursday, September 22, 2022, Hamilton Police entered into an investigation of voyeurism, after a cellphone was located recording in a female restroom stall of a restaurant in Hamilton’s east end.

Hamilton Police have since seized the cellphone, as evidence to the offence.

The suspect responsible for recording patrons as they used the restroom, has been identified as, Daniel St. Amour, 27 years, of Hamilton.

An arrest warrant has been issued for Daniel St. Amour.

Daniel St. Amour is also wanted by the Hamilton Police Service on two separate warrants unrelated to this incident for the following charges;

Halton Police Service has a warrant for Daniel St. Amour's arrest for Fail to Appear Court.

Daniel St. Amour is not an employee of the restaurant.

If you have any information that you believe could assist Police with the investigation into this crime you are asked to contact Division Two Criminal Investigation Branch Detective Constable Lindsay Filice by calling 905-546-2921 or the on duty Staff Sgt. at 905-546-2963.