Hamilton Police have located two black SUVs believed to have been used in the double shooting and kidnapping yesterday.

The first vehicle was found shortly before 9:00 a.m. on Beach Blvd. This vehicle has been seized and is being examined for evidence. Police are encouraging anyone with video to check their cameras on Beach Blvd between the hours of 4:30 a.m. and 9:00 a.m. for a black 2015 Ford Edge SUV with licence plate CSKC 111 observed on their system. 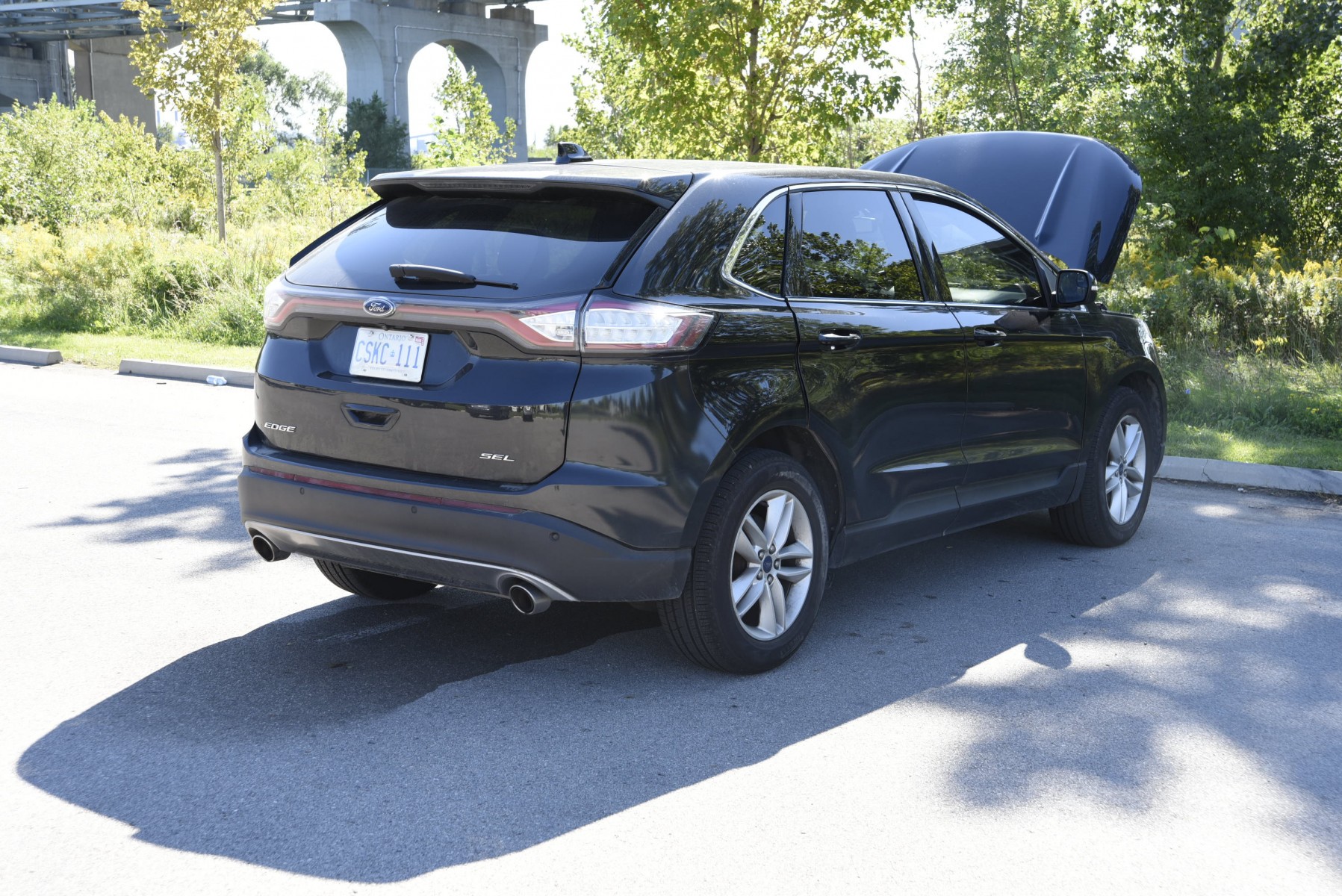 Faqir Ali and his son are recovering in hospital and remain in stable condition. Hamilton Police can confirm that 21-year-old Hasnain Ali, affectionately known to his family as Nano, was killed during the incident. In the interest of privacy, the name of Mr. Ali’s surviving son will not be released.

The investigation has now shifted from a rescue mission to a homicide investigation. The investigation continued throughout the night in an effort to identify those responsible. Police are searching for three male suspects. At this time, Hamilton Police have suspect descriptions for two males:

Suspect 2 - Black Male, wearing a grey tracksuit and a wrap described as a "doo rag" on his head.

These suspects were last seen headed fleeing Niagara Bound on Eastport drive towards Nikola Tesla Blvd in the second black SUV. This black SUV has since been located and seized in Hamilton by police. No further details of this vehicle will be provided at this time as the details surrounding its recovery are under investigation.

Thanks to the swift response from the public and media, Mr. Ali was safely located at 9:00 a.m. yesterday morning near Beach Blvd. Investigators received a number of tips and calls from the public that led to his safe recovery.

Investigators do not yet have a motive for this crime. Police are asking anyone with information to come forward.

Hamilton Police Major Crime continues to investigate the homicide and encourage anyone with information to come forward. If you have video or information that you believe could assist police with the investigation into this crime you are asked to contact Det Lisa Chambers at 905-546-3843.